Here’s another great story from Daehaeng Kun Sunim! This will be the text for this week’s Dharma talk.

audio file (It’s really good!)
– from the audiobook version of “My Heart is a Golden Buddha”

Once there was a sunim passing through a village busy with the millet harvest.

He’d been traveling all day and his stomach looked forward to dinner. Walking by the ripe stalks of millet, he reached out, and touching them, three small yellow grains fell into his hand. He popped them in his mouth without thinking, and kept walking.

Although he immediately forgot all about it, this unconscious act caused the sunim a lot of suffering in his next life. Dying some years later, this karmic debt led him to be reborn as a cow belonging to the farmer whose millet he’d eaten.

For three years he had to work as a cow, and although the farmer was a kind man, life as a cow was still difficult. Not only was the sunim not used to hard physical labor, but he had also retained his human consciousness. He was trapped in a cow’s body with all of his human thoughts and feelings, but couldn’t communicate with anyone.

Finally, those three long years were nearly finished. Just as the sunim’s karmic debt was fulfilled, in the minutes before the cow died, he regained his ability to speak.

He spoke to the kind farmer and explained all of the causes behind his rebirth as a cow. Further, he warned the farmer about a disaster that was approaching the village:

“The day after tomorrow, a gang of five hundred outlaws will attack this village. However, if you prepare meals for all five hundred men, they’ll spare the village.”

The farmer, amazed by what the cow said, took it to heart and went to tell the village elders. After much discussion, they gathered the entire village together and began preparing food and places for five hundred men. And then, everyone waited.

As the cow had foretold, two days later five hundred outlaws, bandits of the worst sort, came riding hard into the village.

They’d come expecting the usual thrill of terrified villagers running every which way, but instead, the villagers met them calmly. They announced that they had prepared dinner for all five hundred men, and that if the gentlemen would be seated, they would begin serving them.

“What’s going on here? Is this some kind of a trick?” demanded the leader, waving his sword around.

The villagers told him about the cow’s prophecy, including why the sunim was reborn as a cow. This was just too strange to accept. But everyone told him the same story, and, as they had provided meals and food for his group, he decided to leave the village intact.

As the days went by, the bandit couldn’t help reflecting upon what he had heard about the sunim. Again and again, he found himself comparing the monk’s behavior to all the bad things that he had done.

In fact, all the outlaws found themselves thinking along the same lines. “If taking three tiny grains of millet can cause a sunim, a disciple of the Buddha, to be reborn as a cow, what will happen to someone like me?”

Each man knew that he had done far more terrible things. Trying to estimate how much they would have to suffer, they were forced to think about how much pain and suffering their actions had caused others.

As a result, the leader and his men began to sincerely repent of the things they had done, and dedicated themselves to learning and applying the teachings of Buddha.

Eventually, all five hundred bandits became Arhats, great beings who extinguished the seeds of desire and anger, and transcended birth and death.

When people hear this story about a sunim becoming a cow because of three grains of millet, they often think this is just a story, something I made up in order to teach them. Of course I tell this story to teach people, but you should know that everything actually happened, and that things like this are still happening today.

Nothing in this world happens by accident. A sunim can be reborn as a cow for stealing three grains of millet, and, because of that cow, five hundred bandits can reform and even become Arhats.

Although everything in the world has its own path and its own function, at the same time, it is all interconnected and functioning together as one.

Holding the universe in one hand,
and making it my hat,
hanging the sun and moon from my staff,
with a single step
journeying throughout the soaring mountains.
Everything in these living mountains,
every leaf and pine needle,
are all one body. 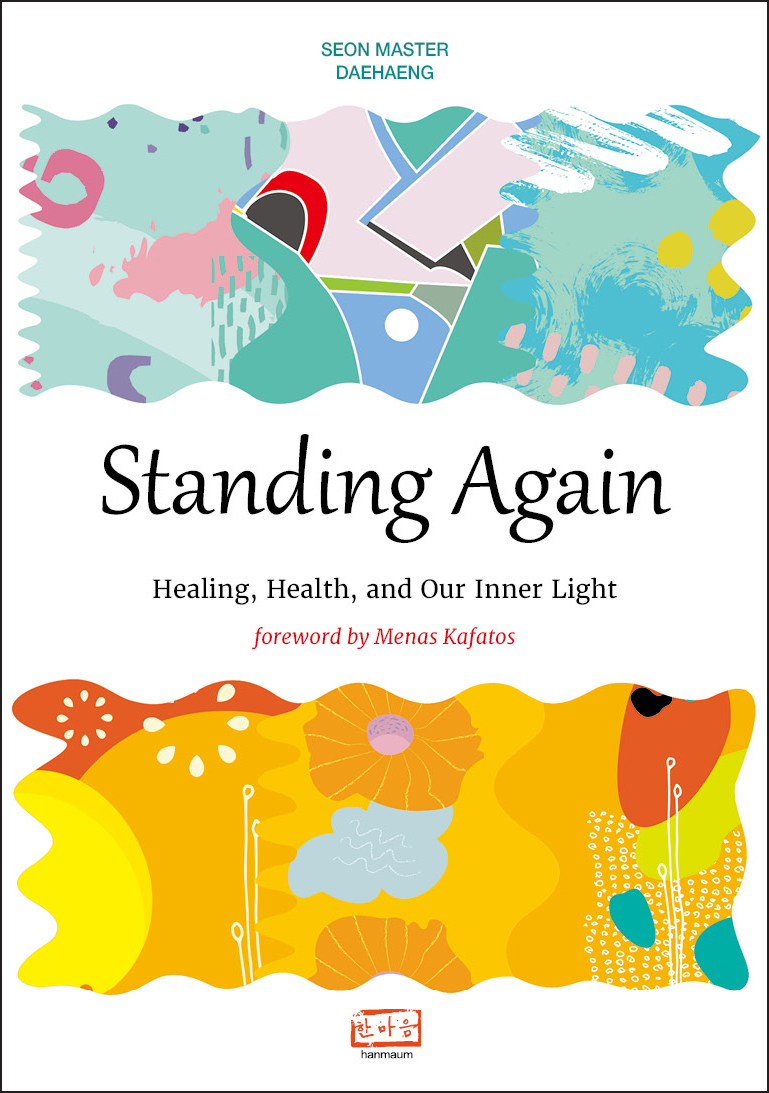