Today over at Somewhere in Dhamma, Joseph talked about the fact that he often knows what something isn’t, but doesn’t necessary know what it is.

I suppose that’s the difficulty with most things: we know what we don’t want, but it’s hard moving towards something that we aren’t used to experiencing. 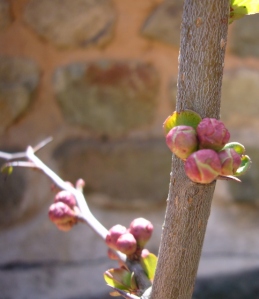 Daehaeng Sunim often told people to learn what causes flowers to bloom, and then create those conditions for your own tree. In the same way, I guess we have to do a lot of research and meditation to figure out what we do want, and then apply it.

If we behave like rich people, eventually we’ll be rich. If we follow the habits of a poor person, before long we’ll be poor. If I want to be skinny, then even though I’m not now, if I follow those habits, my weight will go down.  If you want to be a better parent/friend/spouse then read like crazy and figure out what behaviors and ways of thinking you need to bring into your life.

Likewise, if I follow the behaviours of an enlightened person, then eventually I’ll get there, too.  In fact, a lot of the talk about precepts in the sutras isn’t “Don’t do…,” so much as “A Bodhisattva or wise person doesn’t do….”

In Bodhidharma’s Two Entrances and Four Practices, he says exactly this. If you can’t just to go straight in and perceive the fundamental, then make your behaviors and thought habits in line with the fundamental. He goes on to give the four practices:

1. Forgiving injury – know that nothing arises without cause, and that the cause of this too lies with ones own behavior.

2. Following conditions – (I think) this means not getting caught up in the things that arise and disappear in our lives, because these are all conditioned, and thus have only temporary existences.

3. Not seeking – letting go of things as they go, not fearing things that come, and in general making an effort to not get caught up in desires and attachments. The opposite is a life lived in pursuit of desire, of always chasing the next thing, of constantly being focused on accumulation.

4. the practice of according with the Dharma.  I think this is referring to living in accord with the fundamental non-duality of all. Thus, this one is described as the perfection of giving, where one is free of stinginess.  Daehaeng Sunim often reminds us that it isn’t our money, or even our children, rather we are just taking care of them for the benefit of the whole.

A common thread I see in these is the idea to always view things positively.  This may seem a bit simple, but it’s incredibly powerful. Sometimes it’s a struggle to view things in a positive light, but this has an almost infinite power to free my own heart.

On the one hand moving forward towards this unknown really is like taking a step off a hundred foot bamboo pole, or swallowing the Yellow River in a gulp. And yet… We still have to read and study to help with the worldly things that we don’t know.  But from time to time we have to entrust what we’re doing to this fundamental thing that’s greater than “I”. 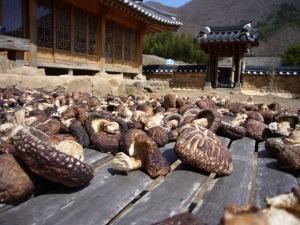 6 thoughts on “Going where we’ve never been”