We’re publishing the full text of Won-Hyo’s Inspiring Yourself to Practice (Bal shim su haeng jang). Written in the seventh century in Korea, it consists of 706 Chinese characters. (The English version looks much longer!)

According to the anthology Admonitions to Beginners, printed by the Bureau of Education of the Jogye Order of Korean Buddhism, Inspiring Yourself to Practice  is one of three staple texts for all aspiring monastics. “The text stresses the need to eliminated (sic) one’s karmic bond with the world and immediately begin practice.”

Inspiring is found in Admonitions to Beginners. Currently out-of-print, this edition needs editing and revising. The following is my rewording of the original English translation, which was produced by Mark Mueller and Won-Myong Sunim.

If you’d like to see a printing of the entire anthology Admonitions, please let us know. If there’s enough interest, maybe it could be published in the future.

INSPIRING YOURSELF TO PRACTICE by Won-Hyo Seunim

For countless eons all Buddhas residing in Nirvana
have discarded their desires and trained arduously.
From endless time sentient beings have cycled
within the burning house, having failed to discard desire.

The Pure Land is not blocked.
Yet few are those who enter;
most make their home among the three poisons.
Although the lower realms lack inherent power to seduce,
many enter therein.

The deluded mind values the five desires and the four elements
comprising the body as if they were jewels.
As this is the case, is there no one longing
to retire to the secluded mountains to practice the Way?

Enmeshed in desire, folks don’t go there.
Although you don’t take refuge in the mountains to cultivate your mind,
strive wholeheartedly to perform wholesome actions.

(This post was also published on purelandway.wordpress.com: a blog specifically about Pure Land Buddhism)

The Buddhas and Bodhisattvas are projections of our minds — and so is everything else. The idea that they don’t really exist is also a projection based on our high valuation of scholars, the modern historical method, and scientific materialism, in which we’ve been steeped since day one of our lives. Which is a more skillful projection? I’d take the former any day, because it reminds me of what’s possible, who I want to become — afterall, I am becoming something, may as well make it pleasant and beneficial for others.

If we look at our lives we can see these Bodhisattvas and Buddhas manifesting in various ways. Throughout my life certain teachers would manifest suddenly: Thich Nhat Hanh, Joko Beck, the Dalai Lama, Daehaeng Sunim, etc. (If I were to name all my kind teachers it would make a long list!) Isn’t it possible we may actually meet Amitabha or Kuan Yin? I couldn’t have imagined such a bodhisattva the magnitude of Thich Nhat Hanh, but he reached down low into samsara and is delivering countless beings with his skillful teachings and great compassion.

All my gratitude and praise to these Buddhas and Bodhisattvas emanating immense kindness, non-discriminating compassion, and stainless wisdom to us suffering fools. May they continue to turn the wheel of dharma and be our kind teachers forevermore. 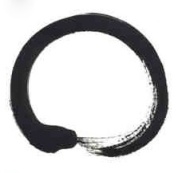